Coaster Bus Units for the AFP 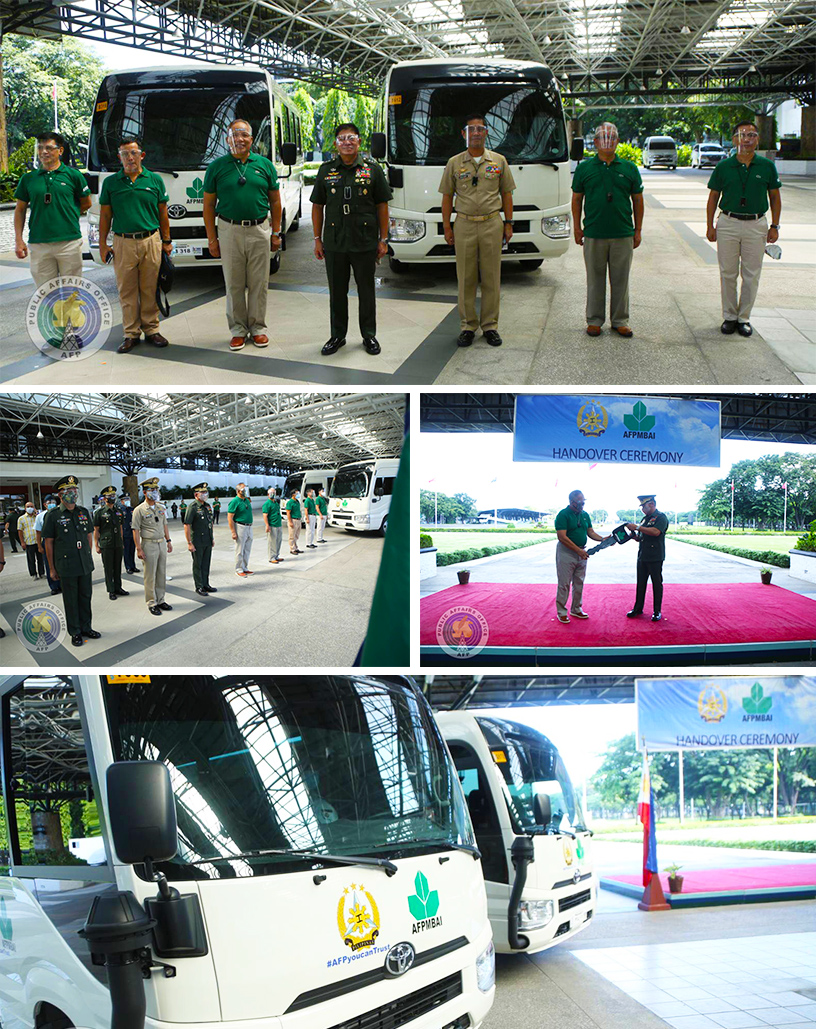 AFPMBAI through its President and CEO, MGen Rizaldo B Limoso PA (Ret) donated four (4) coaster buses to the Armed Forces of the Philippines through a handover ceremony held last 5 October 2020 at the Canopy Area of the AFP-GHQ. AFP Chief of Staff General Gilbert I Gapay, received the vehicle donation on behalf of the beneficiary commands and support units: Western Command, Eastern Mindanao Command, Western Mindanao Command, and the Philippine Military Academy. The vehicle donation will support the transportation capabilities of the unified commands, AFP-wide support and separate units in their respective missions.

“The AFP is immensely grateful to have AFPMBAI’s support as we strive to achieve several missions. Your generosity is proof that the Bayanihan spirit of the Filipinos is alive and it prevails in much-needed instances. Indeed, whatever we will accomplish from hereon, is a shared milestone between the AFP and the AFPMBAI made possible through these donations,” General Gapay noted.

Summary of the Minutes of the 2022 Annual General Membership Meeting
May 23, 2022